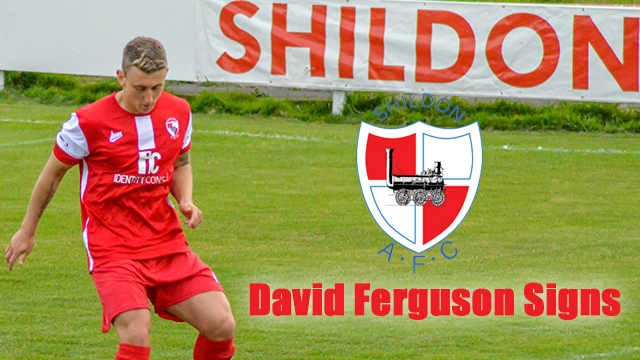 Shildon are delighted to announce that former Blackpool captain David Ferguson has now signed a contract with the club.

Ferguson began his career with Darlington in early 2012, making six League appearances in his five months with the club.

In June 2012, he signed for Sunderland, but did not make any first-team appearances. He went out on loan to Boston United.

On 9 January 2015, he joined Lee Clark’s Blackpool on an 18-month contract. He scored his first professional goal on 14 February in a 4–4 draw with Nottingham Forest at Bloomfield Road in what was his second appearance for the club.