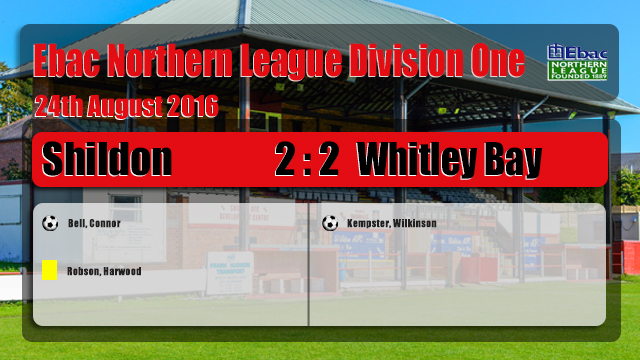 Both teams left Dean Street with there unbeaten records in tact after Whitley Bay battled back from a 2-0 deficit.

Shildon started brightly and Anthony Bell shot was deflected in the 12th minute to give Shildon the lead. Then a Paul Connor header gave Shildon a 2-0 lead at the break.

In the second half Whitley Bay scored through Alex Kempster before ex Shildon player Ross Wilkinson scored in the 90th minute to give Whitley Bay a share of the spoils.