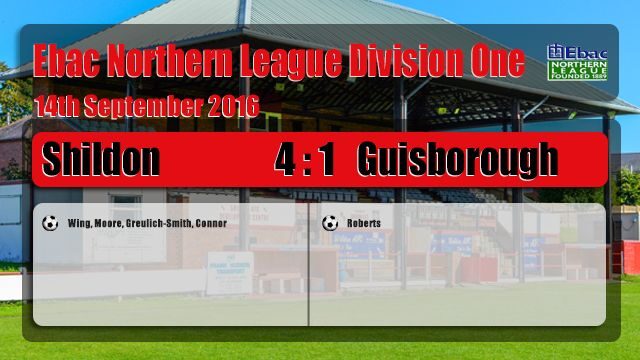 Shildon moved to 3rd place in the Ebac Northern League Division One with a 4-1 victory against Guisborough Town.

Lewis Wing opened the scoring for Shildon with a shot from 20 yards, then captain Bobby Moore added a second with a volley into the roof of the net. Just before half time Steve Roberts scored for Guisborough to make the score 2-1.