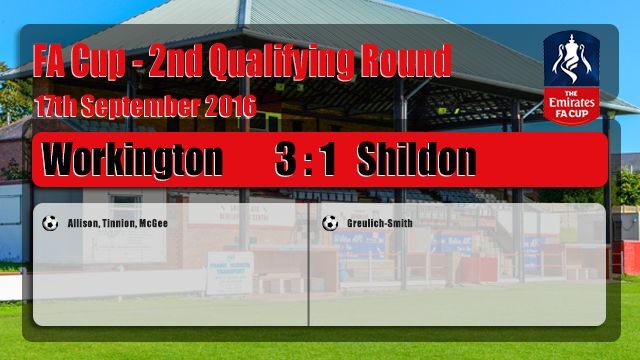 Shildon are out of the FA Cup after a 3-1 defeat to Evo-Stik premier league club  Workington.

In an even 1st half Shildon found themselves a goal down from a strike from Scot Allison. Shildon had there chances to go in level including David Ferguson having a penalty saved.

In the second half Workington went into a 3-0 lead with further goals from Conor Tinnion and Joe McGee. Billy Greulich-Smith pulled a goal back from the penalty spot to make the final score