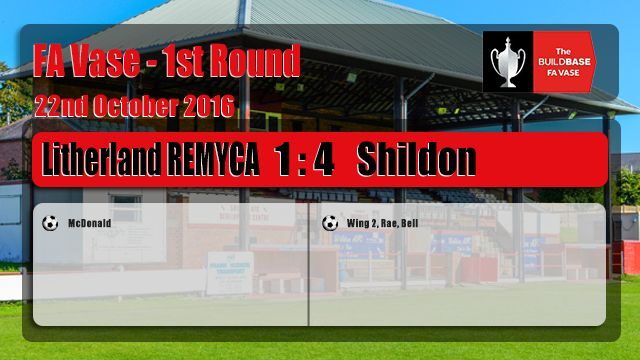 Shildon progressed to the second round of the FA Vase with a 4-1 victory away to Litherland REMYCA.

A Lewis Wing free kick after 7 minutes of the first half settled any nerves Shildon might of had. In the second half Micky Rae added a second before McDonald pulled a goal back for Litherland.

The draw for the second round will take place around midday on Monday.