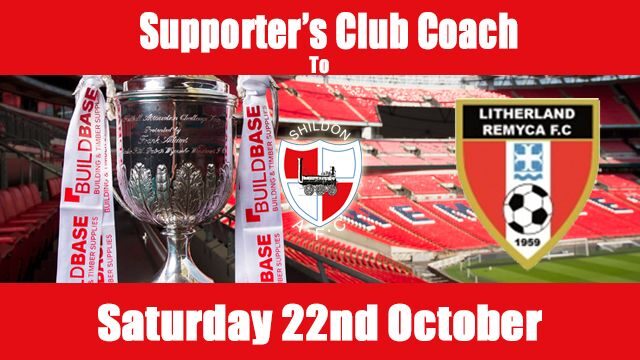 The supporters club bus for the FA Vase tie away to  Litherland REMYCA is full.

The bus will be leaving the George Car Park at 9am to travel to Southport before the game.

NO ALCOHOL WILL BE ALLOWED ON THE BUS

Founded in 1959 at St Thomas FC, their early years were predominantly spent playing in local Church leagues. The name REMYCA United was adopted in 1967, having been created through combination of elements from the names of two organisations closely connected with the club – REM Social Club and Bootle YMCA. Progression to the I Zingari League followed in the early 1970s, and it was within that setup that the club was to play its football for the ensuing three decades. A period of considerable success during the 1990s prompted a switch to the Liverpool County Football Combination, although their spell at this level was to remain short lived and a return to the I-Zingari fold soon forthcoming. A 2006 merger between the two competitions led to the formation of the Liverpool County Premier League, with REMYCA being placed in the Second Division of this new structure. The club went on to claim the title in its inaugural season, before further promotion to the Premier Division was achieved in 2010.