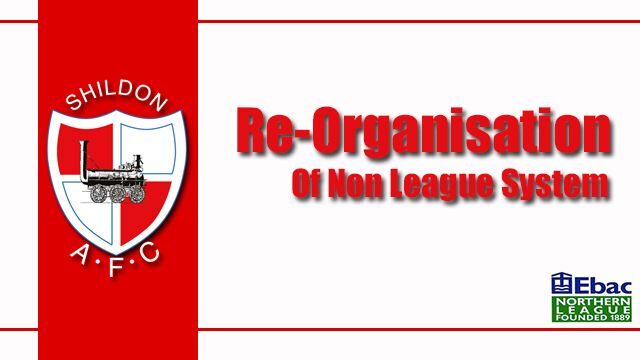 The Football Association’s proposed re-structuring of the non-league system was presented to the league’s annual general meeting. This would have an effect on the Ebac Northern League (Division One is at Step Five and Division Two at Step Six).

The proposed changes would come into force for the 2018/19 season.

The proposed changes are: A new Step 3 and a new Step 4 league to be formed; Step 3 divisions to play with 22 teams, Step 4 and Step 5 with 20 teams and Step 6 teams to have no more than 20 teams in them.

Therefore for the 2018/19 season both divisions in the Ebac Northern League to operate with 20 teams.

The highest placed club in each of the 14 Step 5 leagues in England will be automatically promoted. In addition to those 14, another 12 second-placed teams will also be promoted to Step 4. These 12 clubs will be the highest placed teams based on points per games during the season.

This means that potentially two teams from the first division could be promoted out of the league at the end of next season.

Clubs in three “feeder” leagues will be eligible for promotion to the Ebac Northern League – the Wearside League, the Northern Alliance and the Teesside and Eskdale League (which was called the Teesside League). Clubs at this level will still have to meet the appropriate ground grading criteria to be promoted.

At the end of the forthcoming season the FA will also decide on any lateral movements of clubs between leagues at the same level in the national system.

· A revised FA rule also means that from next season midweek games should start at 7.45pm. However, clubs can apply to the league to have their midweek games kick-off at 7.30pm.