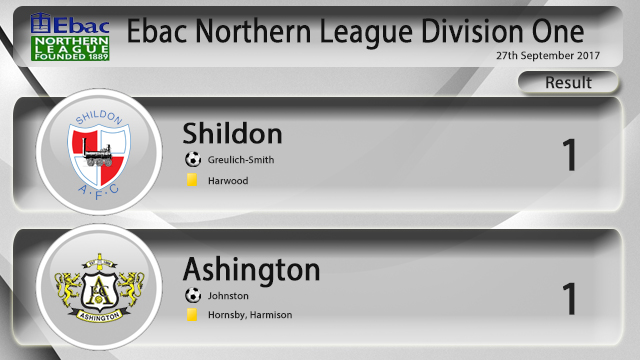 Billy Greulich-Smith came off the bench in the second half to keep Shildon’s unbeaten start to the season going.

Callum Johnston opened the scoring early in the first half, Shildon having a few chances to equalise before the break, Renyard with a couple just wide and Burnicle who had a shot saved at close range.

Shildon remain in second place 2 points behind Morpeth with a game in hand.