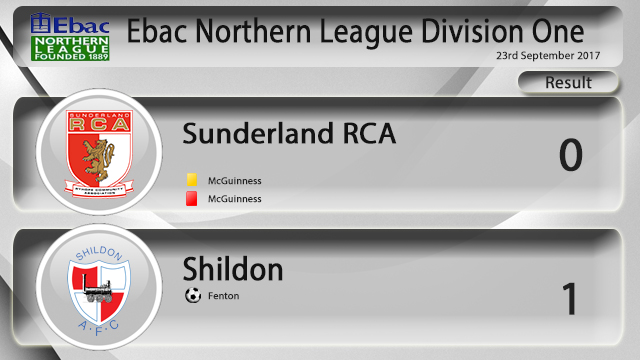 Cameron Fenton scored 14 mins into the second half to move Shildon up to 2nd in the Ebac Northern League. Morpeth drew 2-2 at Guisborough to remain at the top of the table. Guisborough’s equaliser coming in the 94th minute.

Adam McGuinness was sent off for Sunderland RCA after receiving his second yellow card, both for fouls on Martyn Coleman.