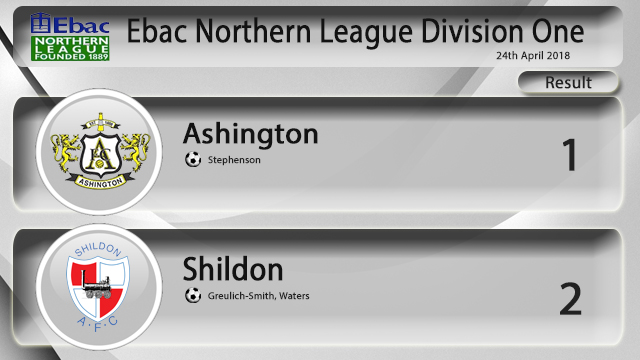 Shildon move back to 4th position in the Northern League after a 2-1 victory away to Ashington.

Billy Greulich-Smith gave Shildon the lead half way through the first half putting the ball under the keeper after good work from Duell and Gell.  Stephenson levelled for the hosts with a header just before half time.

After 66 minutes Matty Waters restored Shildon’s lead. 12 minutes later Matty Robson hit a penalty over the bar after Billy Greulich- Smith was brought down in the box.

Best Wishes to Ashington goalkeeper Conor Grant who was taken to hospital during the game.

Next game is on Thursday at home to Newcastle Benfield, Kick Off 7:30pm