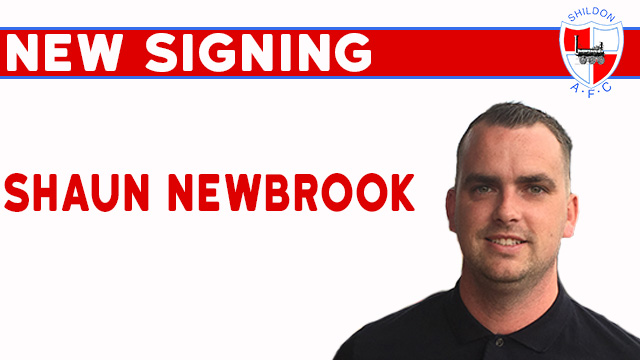 Welcome to the club, Shaun Newbrook.

We are delighted that the former Jarrow Roofing goalkeeper has signed a contract for the coming season.

Shaun signed for Jarrow Roofing at the start of the 2017/18 season after a long spell at Seaham Red Star.

On signing Ben & Shaun, Shildon Manager Daniel Moore said ” We did a lot of our business bringing people in during the season from Christmas onwards with a plan to compete but also have a good base for the 18/19 season. We have added Adam Gell, Matty Waters, Kyle Patton, Brad Hird, Carl Jones and Aaron Duell. They have all bedded in well. Now with Shaun and Ben we have an energetic looking side which is full of youth, which is in the long term goals of the football club”