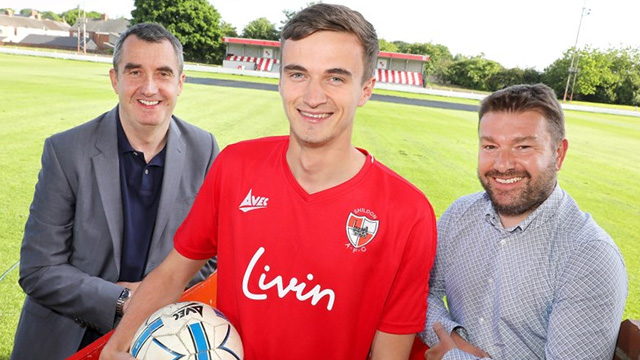 Shildon Association Football Club (AFC) has joined forces with Livin to secure a three year sponsorship partnership set to benefit the community by encouraging more local young people to get involved in sport.

As part of the sponsorship new kits will be purchased and funding will be provided to the club’s development team to enable more budding sports stars to take up football.

With long-standing roots in the community, Shildon AFC was established in 1890 and today competes in the Ebac Northern League first division after a number of successful years. The club has nine youth teams within its development centre, in addition to the first team.

David Dent, chairman of Shildon AFC said: “We are delighted to secure the sponsorship with Livin. The money will go a long way to help the club be the best it can be on and off the pitch. It will ensure that we can compete at the very top of the Northern League and support our growing development centre, attracting new players and supporters to Dean Street.”

Alan Boddy, director of operations, for Livin, said: “We have strong connections with the community in Shildon and we have worked closely with Sunderland AFC charity the Foundation of Light to establish the Foundations Community Hub in the town centre. Through this we work with local schools and community groups to help more people get into sport, education, training and employment. This partnership continues this work by helping Shildon AFC to grow its reputation as a community club by enhancing its offer to young people and the local community.”