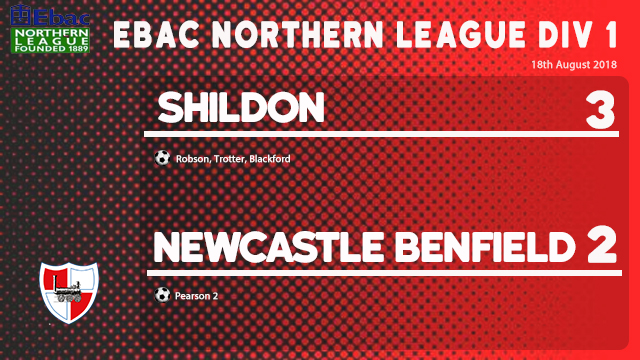 Shildon remain unbeaten and are 3rd in the league after a 3-2 victory over Newcastle Benfield.

Benfield took the lead through Pearson after 18 mins only for Matty Robson to equalise 3 minutes later. Ben Trotter then put The Railwaymen ahead on the half hour mark.

Jack Blackford latched onto a defensive mistake to make it 3-1. Pearson scored his second in the last couple of minutes for Benfield.