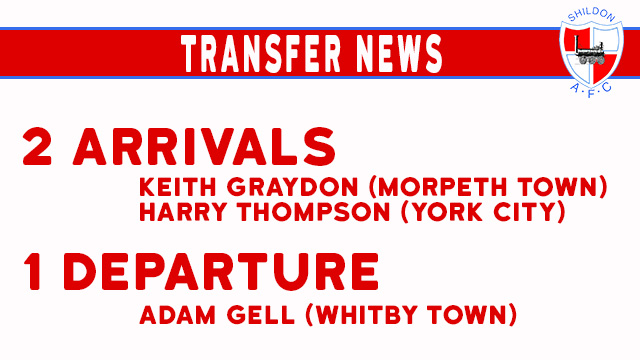 We are sorry to see Adam  leave but he has made it clear that he wants to play at a higher level and the club have reluctantly accepted an offer from Whitby Town. Both the Manager  and Chairman have been working really hard over the last few days and we are delighted to have strengthened the squad with the  loan signings of  Keith Graydon from Morpeth Town and Harry Thompson from York City.

Keith is one of the best midfielders ever to grace the Northern League and will bring creativity and experience to the side.

Harry is an exciting midfielder who is thought highly of at York City where he has signed a professional contract.

There is a further signing to come which we can hopefully announce later this week.