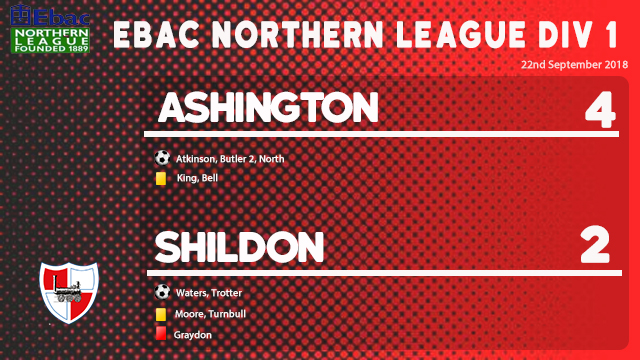 Shildon are now 5th in the League after a 4-2 defeat away to Ashington.

3 goals in the first half hour virtually finished the contest, Atkinson, Butler & North with the goals.

Just before the break Matty Waters & Ben Trotter reduced the deficit to 3-2.

In the second half Keith Graydon was sent off and with Shildon pushing for an equaliser, Ashington broke away in the last minute to add a fourth.

Next Game: Tuesday at Home to Willington in the League Cup