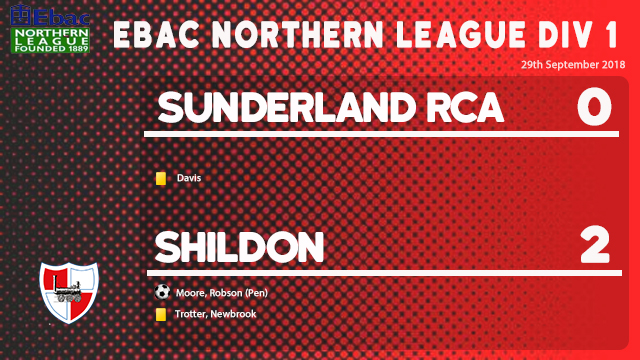 Shildon moved to 2nd in the League with a 2-0 victory away to Sunderland RCA.

New Signing Leon Carling made his debut following his move from Marske United.

Player/Manager Daniel Moore scored his fourth goal in two games to give Shildon the lead half way through the second half. In the final minute of the game Shaun Newbrook produced an outstanding save to keep the lead intact and from the clearance Brad Hird was judged to of been fouled in the box. Matty Robson stepped up to make it 2-0.

Next game is the FA Vase 1st Round game against Glasshoughton Welfare on October 13th.