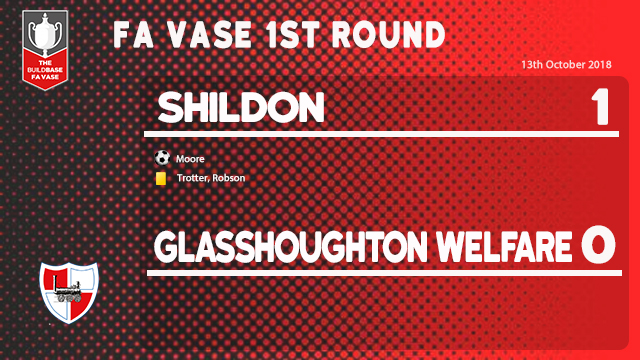 Shildon progress to the next round of the FA Vase with a 1-0 victory against Glasshoughton Welfare.

Daniel Moore scored the only goal of the game after 30 mins of the 1st half to send Shildon through.

Matty Robson missed a penalty in the second half after Danny Earl was fouled in the box.