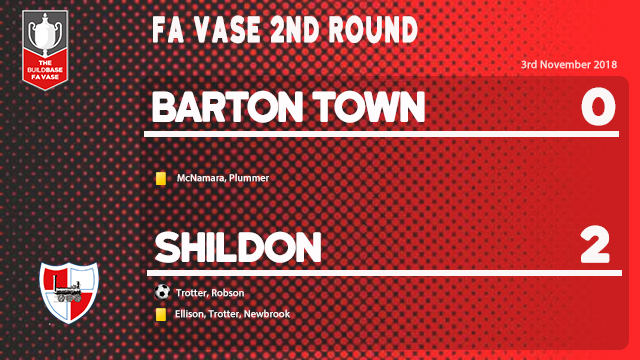 Shildon are in Monday’s draw for the 3rd round of the FA Vase after a 2-0 win away at Barton Town.

Ben “One of Our Own” Trotter headed in after Matty Robson’s penalty was saved at the end of the first half to give Shildon the lead. In the second half Matty Robson made amends for the penalty miss when he doubled the lead with a 25 yard strike that took a deflection into the top corner of the net.