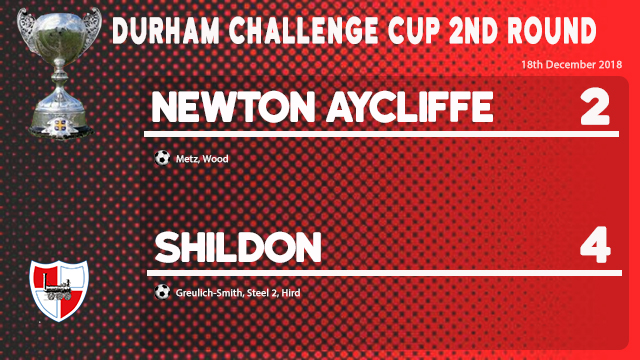 Billy Greulich-Smith headed in to open the scoring after 16 mins, then Nathan Steel added a further two in the 52nd and 61st minute.

Newton Aycliffe then pulled 2 goals back through Jermaine Metz (76) & Ben Wood (87). Brad Hird then added the 4th a minute later to give Shildon the win.