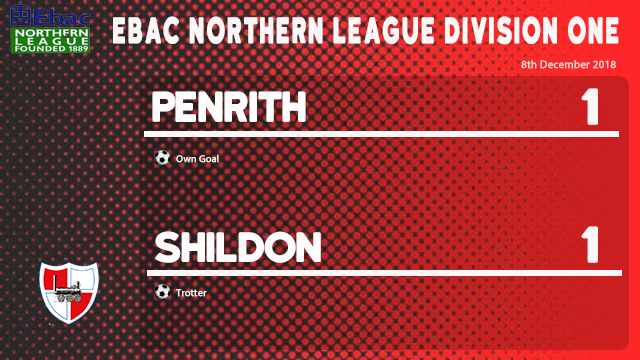 Ben Trotter scored for Shildon to earn a point away to Penrith.

Shildon started brightly and  had several chances in the first 15 mins to go ahead. Former Shildon striker Martyn Coleman came closest for Penrith hitting the post with a half volley from the 18 yard line. Ben’s goal came on 41mins when the ball fell to him on the edge of the box and he hit an unstoppable shot into the net.

On the stroke of half time Penrith levelled. A shot from Grant Davidson was deflected into his own net by Aidan Heywood.

In the second half both teams had chances to win, the closest for Shildon was a Nathan Steel effort that struck the post.