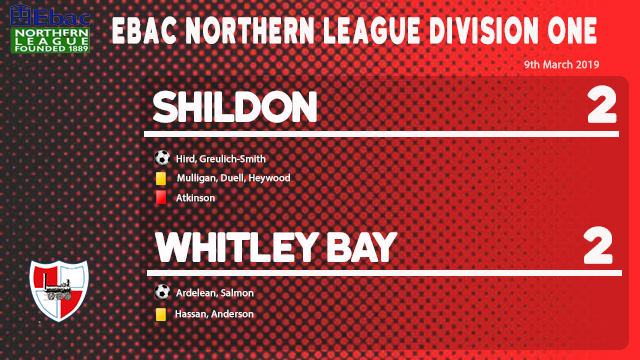 Whitley Bay came from 2-0 down to secure a point at Dean Street.

Brad Hird gave Shildon the lead after 7 mins when he guided the ball past the Whitley Bay keeper.

In the second half Andrei Ardelean pulled a goal back in the 51st minute and then Luke Salmon equalised 6 minutes later placing the ball under Shaun Newbrook in the Shildon goal.

Man Of the Match: Ben Trotter