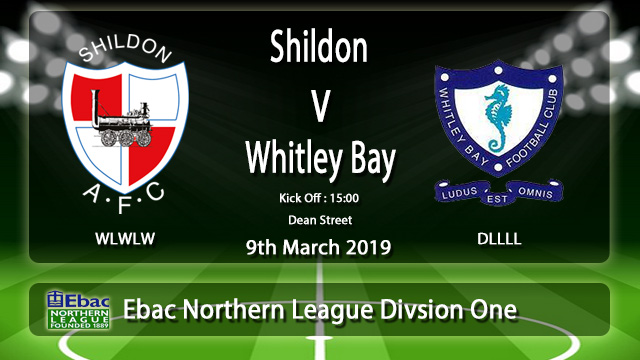 Whitley Bay, who are currently 16th in the league, will be looking for revenge on their visit to Shildon, a fixture rearranged from February, when the pitch was frozen.

This will be the first meeting between the two sides this season and follows Shildon’s double in the last campaign. In March we were 2-1 victors at home followed by a 6-0 away win in April.

Manager Daniel Moore revealed David Palmer is a doubt due to injury but Dale Mulligan came through training during the week so he will be available. Some of the younger talent will also be making an appearance.

Last Saturday saw Shildon AFC notch home a third victory of the season over second placed Consett with a 3-0 win.

Moore said: “We just need to keep building on the recent form we have had and the aim is to finish the season strong and not lose any games between now and the end of the season”.

“I was pleased with a clean sheet against Consett who are a team that like to attack and we took our goals well” He went on to say “I was pleased with the energy and fitness of the players especially after a tough semi final on Tuesday”.