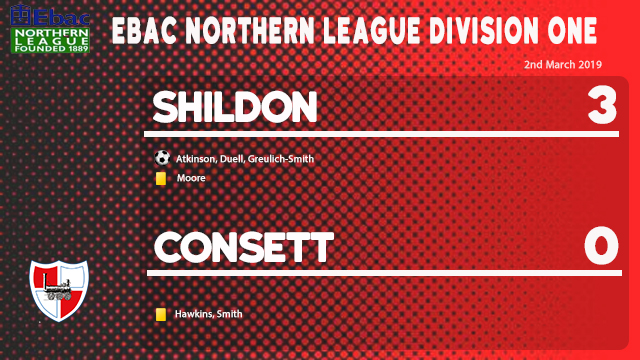 Man of the Match Zak Atkinson scored after 28mins with a well taken goal after closing a Consett defender down.

Billy Greulich-Smith made it 3-0 in the second half after some great work by Zak Atkinson.