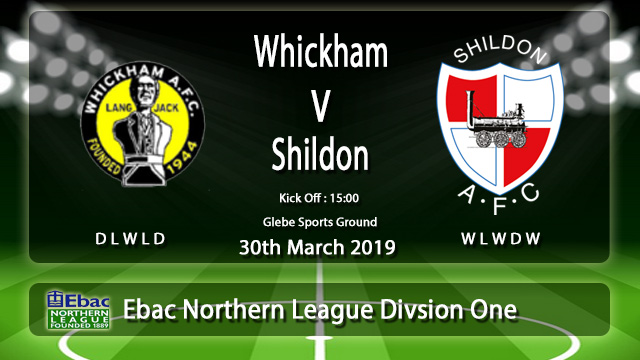 Following a 1-0 win at home to North Shields last time out, Shildon will be confident of again securing all three points, as they take on a struggling Whickham side this weekend.

Manager Daniel Moore is not allowing for complacency however, with the boss urging the players to work hard for another clean sheet.

Moore also stated that his players must improve in the final third, and take the chances created when on top.

New signing Jack Vaulks will hope to help Shildon achieve their target of back to back clean sheets, as the former Pickering Town man looks set to make his debut for the club.

The 19 year old defender himself, has been described as calm, and someone who goes about their job with confidence.

Shildon will, however, be without captain Ben Trotter and forward Zak Atkinson, who will miss Saturdays game through suspension.

A 2-1 win for Shildon when the sides met back in September, will give the away side confidence that they can replicate the result, and secure a league double over Robin Falcus’ side.

Another 3 points for Shildon would see them the put pressure on Stockton Town, who currently sit one place above the Railwaymen in sixth.