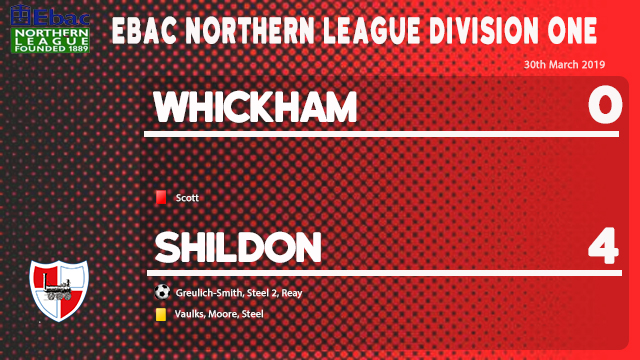 Billy Greluich-Smith gave Shildon the perfect start nodding in a far post header with only 4 minutes on the clock.

Shildon had 2 or 3 opportunities to extend their lead but the half ended 1-0.

Billy also had a hand in the second goal when he was fouled in the penalty area. Harrison Scott was then sent off for the foul and Nathan Steel stepped up to extend the lead sending the keeper the wrong way.

Nathan Steel added his second and Shildon’s third 10 minutes later after great work from Captain for the day Aidan Heywood.