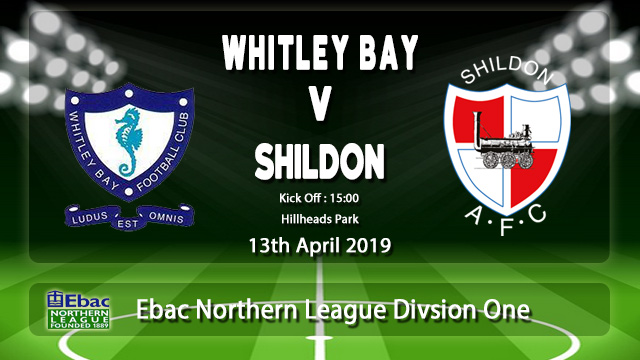 Shildon bring their league fixtures to a close as they travel to Whitley Bay this Saturday in the Ebac Northern League Division 1.

The railway men will be looking to follow up the two team’s last meeting back in March, a 2-2 draw, with a win as they bring the curtain down on another league season.

While manager Daniel Moore is aware some eyes may well be shifting towards the big day at the Stadium of Light in May, he’s challenged the side to maintain their high standards since the festive period.

“The coming weeks are about keeping the standards and professionalism that the players have set themselves.”

“Since Christmas we have been one of the form teams in the league and we are looking to finish on a high which could possibly see us finish in the top 6.”

However, the manager is more than aware of what tomorrow’s game represents and does have May’s cup final in the background of his mind.

“Tomorrow will be good for me to see who is mentally ready for the last games.”

Shildon’s last result saw them draw 1-1 with local rivals Bishop Auckland in a fiercely contested matchup but will be looking for an ever better result against a mid-table Whitley Bay side.