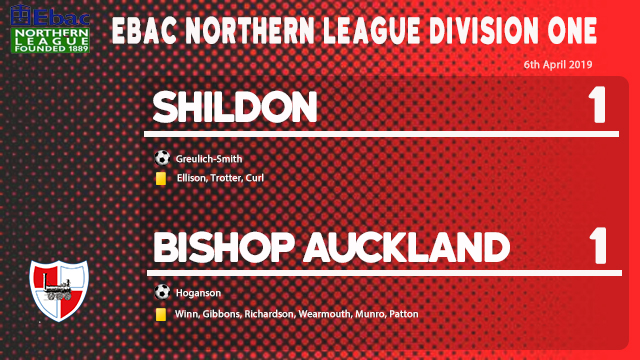 In what proved to be a scrappy game, Daniel Moores men edged a cagey first half and even led at the break thanks to a fine strike from number 10 Billy Greulich-Smith in the 19th minute.

Prior to the goal, the Railwaymen were applying pressure to Bishop Auckland, who started the game slow.

Bishop Auckland did respond early in the second half however, equalising via a Hoganson free kick into the bottom right hand corner after just 3 minuted played.

The remainder of the second half saw Shildon dominate a large proportion of the possession in Bishop Aucklands half, whilst the away side attempted to counter down the left flank whenever possible.

The home side also created many set piece opportunities, drawing fouls from the Bishop Auckland back line and midfield, particularly in the middle third of the pitch.

However, the biggest chance of the second half did fall to the away side, with Bishop Auckland failing to take the opportunity gifted to them by the Shildon keeper.

Speaking after the game manager Daniel Moore stated: ‘’I think we probably shaded it first half and they had a couple of chances second half, so on the whole probably a fair result’’