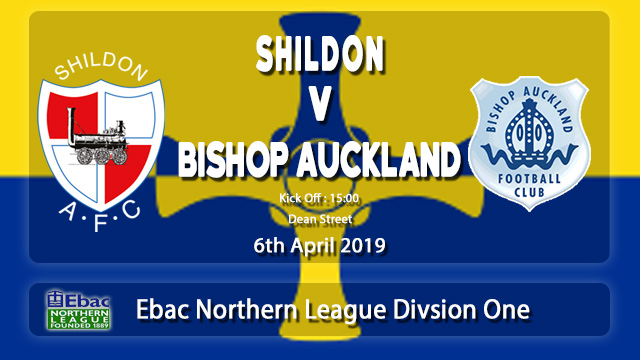 Railwaymen looking to bounce back with huge derby win

Shildon will welcome local rival’s Bishop Auckland to Dean street this Saturday with bragging rights on the line.

Assistant manager Mark Hudson, is optimistic about the team’s chances heading into Saturdays match, saying “the players are full of confidence at the minute”.

“It’s a local derby, we want to see plenty of passion, aggression and most importantly discipline.”

The hosts will be buoyed by the return of captain Ben Trotter after serving his 2 match suspension, a game the local lad will surely be looking forward too.

However, the Railwaymen will still be without forward Zac Atkinson still to complete the remainder of his ban thanks to a red card against Whitley Bay back in March.

Daniel Moore will be making his last appearance, after taking the difficult decision to retire in order to focus on his managerial role after his dismissal mid-week in the 2-1 defeat to Hebburn town.

A match which saw Shildon go down to 10 men and concede the winning goal deep into injury time in the second half.

But assistant Mark Hudson thinks there were still many positives taken out of the bittersweet result.

He said, “The players were fantastic Tuesday night, felt for them with the result but I’d go as far as to saying that was our best performance since I’ve been here in over nearly 2 years.”