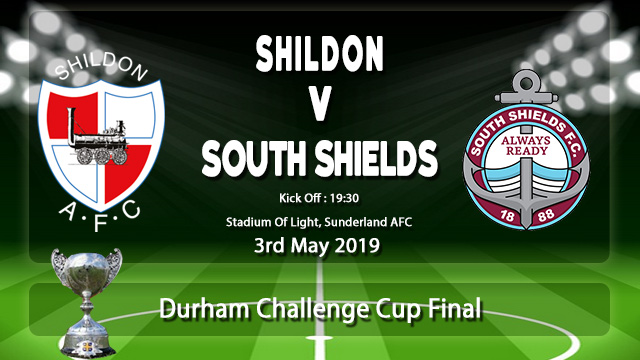 Shildon head to Stadium of Light in search of cup glory

The railwaymen face a tough opponent in the final however, taking on a strong South Shields side.

But manager Daniel Moore, doesn’t just expect his players to head to Sunderland just to make up the numbers.

“We are not going to the Stadium of Light to have a nice night out, we are going with the mind set to win a cup final as underdogs.”

Shildon saw off Hartlepool United in the semi final to make it to Friday nights climax and will be hopeful of finishing the 2018/19 season with some silverware.

Potentially, South Shields may field a much younger side, resting some senior players ahead of their play-off match the next day.

“I have seen their academy teams play this season and they are littered with quality young players.”

That being said, age shouldn’t be a concern to either side really as half of Shildon’s 18 man match day squad themselves are under the age of 20.

The railway men have been able to focus their attentions towards Fridays matchup ever since their final league game back on April 13th, a 3-1 win away to Whitley Bay.  Cappping off a solid season, however one last win on Friday night could set the tone for next season.