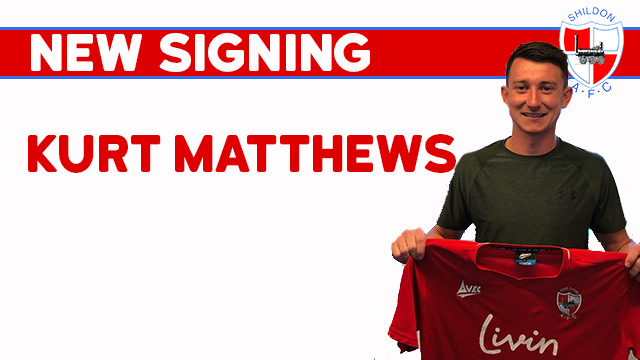 The 4th signing of the season is Kurt Matthews

Kurt who can play on either wing or as a central striker has spent the last 2 seasons at Newton Aycliffe. As a schoolboy he also played at Leeds United

Speaking to the website Daniel Moore said of the signing ” Kurt is an ambitious young player that will grow and develop with us and is keen to make an impact at the club. His pace and athleticism in wide and central areas gives us a great option going forward “

On both of today’s signings he said ” I’m delighted to get Chay and Kurt on board and look forward to working with them. I think we have assembled a group now that should be challenging  for promotion so it’s down to the staff and the players to deliver that. “

Welcome to the club.