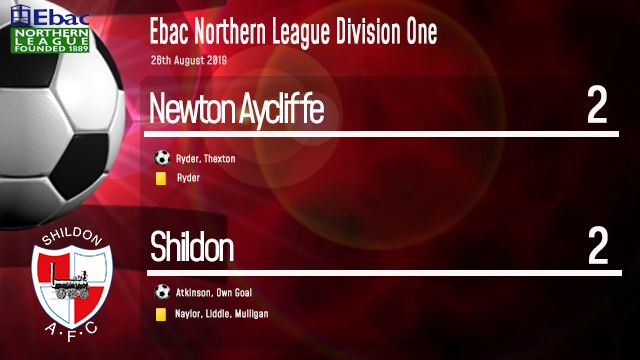 An own goal in the 91st minute of the game salvaged a point after a below par performance against Newton Aycliffe.

Shildon had the better of the first half and a Zak Atkinson goal was the difference at the break.

2 goals in 6 minutes turned the game for Newton Aycliffe. Shaun Ryder scored the first direct from a Free Kick after 51 minutes and then Dean Thexton scored from close range in the 57th.

With the game looking to finish 2-1 a ball into the Newton Aycliffe box was caused a defender to slice his clearance into the net.