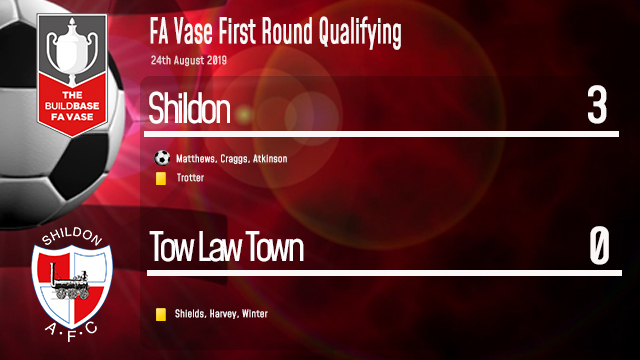 Shildon progressed into the next round of the FA Vase with a 3-0 victory over Tow Law Town.

Kurt Matthews set Shildon on their way with a fine finish after 29 minutes. Shildon had several other chances in the half but went in at the break 1-0

After 66 minutes Danny Craggs curled a free kick into the net and Zak Atkinson scored after 72 minutes.

Man Of The Match : Kurt Matthews