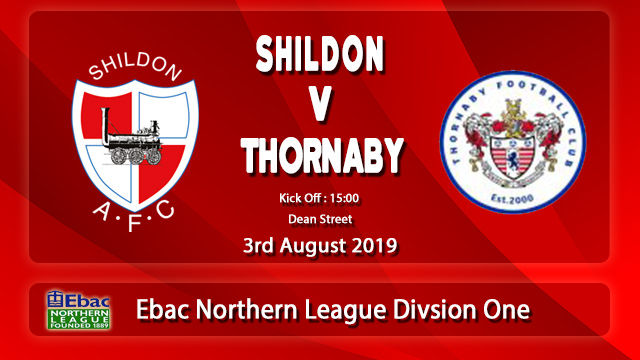 Full steam ahead for the Railway men

Shildon welcome Thornaby FC to Dean Street this Saturday to raise the curtain on the new league season.

The home side head into the weekend’s meeting on the back of a mixed pre-season period, but will be hoping that come kick off, the drive for promotion can get off to the perfect start and catalyst what many are hoping will be a memorable campaign.

Club Sporting Director Martin Gray believes one crucial factor in the potential success of the coming season are the clubs summer dealings.

“The recruitment process for us has been very strong to not only bring great quality in as players but great experience that is vastly needed in this division.”

“The likes of Chay Liddle and Danny Craggs, they’re two players both with experience of winning this league.”

Shildon’s league campaign may not have reached the heights they were hoping for last season, but victory in the Durham Challenge Cup Final at the Stadium of Light in May certainly gave cause for celebration heading into this year’s campaign.

A celebration that Chairman David Dent expects to propel the side forward this time round.

“we can’t waste the opportunity that lies ahead and winning the Challenge Cup needs to be used as a catalyst for kicking on.”

“It is an opportunity that I believe we can grasp.”

While Martin Gray feels it’s time for the work on the pitch to start reflecting the efforts and expectation made off it.

“it’s a fresh start, there’s expectation just like any club but what the chairman has put in financially as well as the group of people he’s brought together to help support financially, we understand what is expected from us and that is to be challenging come end of the season for promotion.