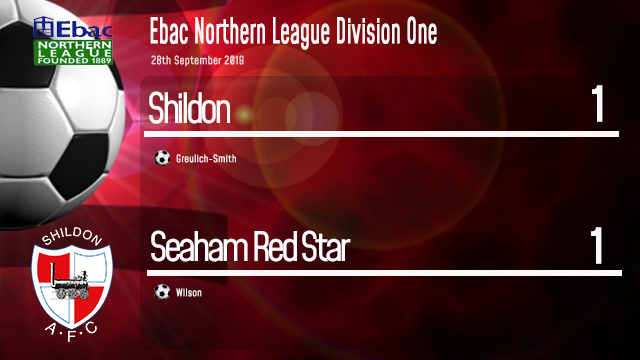 Billy Greulich-Smith rescued a point in the 96th minute at home to Seaham Red Star.

Shildon had many chances in either half to gain all three points but it was a defensive mistake that let Daniel Wilson round the keeper to give Seaham the lead after 60 minutes.

Danny Craggs hit the post with a shot from outside the box and Aidan Heywood headed over from 4 yards as Shildon piled pressure on the Seaham goal.

Billy was then sent clear to score with the last kick of the match.