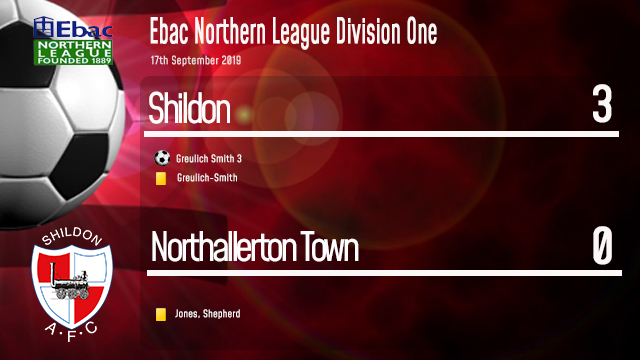 Shildon move up to third in the Northern League after a 3-0 victory over Northallerton Town at Dean Street.

Billy Greulich-Smith scored a hat-trick to give Shildon all three points. Two penalties in the first half, the first for a foul on Danny Craggs the second a hand ball in the box, were both despatched first to the left and then right by the striker.

In the second half a further penalty was saved by the Northallerton keeper to deny his hat-trick.  Aidan Heywood then cleared off the line with 15 minutes to go to keep the lead intact.

Billy’s hat-trick was complete on the 85th minute as he rounded the keeper to finish into the empty net.