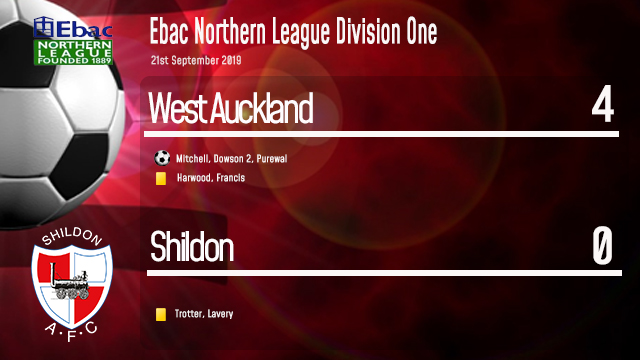 Shildon were behind after 2 mins when Adam Mitchell scored from a Purewal cross.  Shildon had a couple of chances but went in at half time 1-0 down.