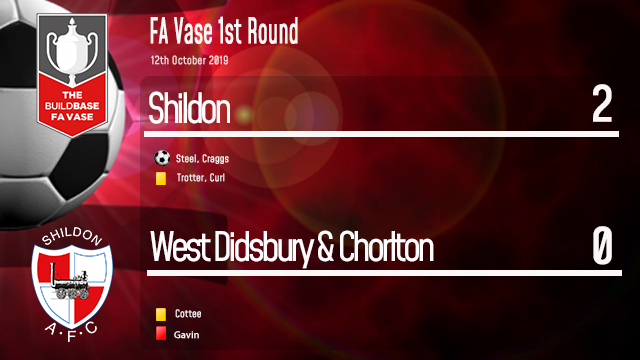 Nathan Steel gave Shildon the perfect start after 2 minutes with a cool finish past the West goalkeeper.

West Didsbury & Chorlton were down to 10 men after 10 minutes when Lee Gavin was given a straight red card for a tackle on Ben Trotter.

In the final minute of the half Danny Craggs double the advantage forcing the ball home from a Heywood cross.

Shaun Newbrook tipped a shot over to keep the clean sheet in tact and Billy Greulich-Smith had a goal disallowed late in the second half.

Man of The Match : David Palmer