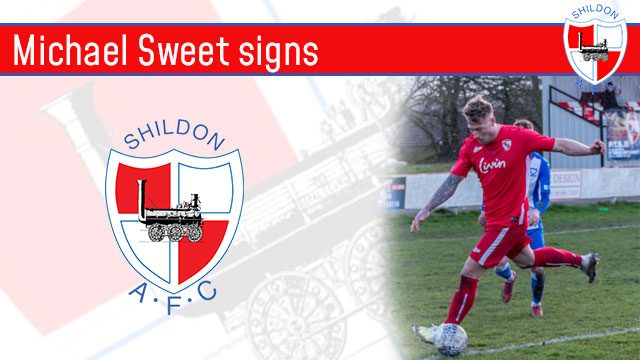 Michael Sweet has signed for us permanently, after being released by Blyth Spartans, on a 2 year contract.

Michael led the Spartans attack regularly last term with 30 appearances to his name with a goal return of five. He signed for Blyth Spartans in the summer after scoring 128 goals in four seasons at Consett AFC.

We are delighted to secure Michael ahead of the new season to help with our promotion push as he is a proven goalscorer at this level.