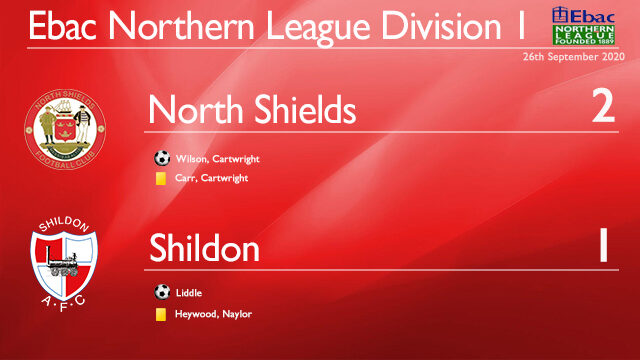 Shildon moved down to 6th position in the Ebac Northern League after a 2-1 defeat away to North Shields.

Chay Liddle gave Shildon the lead after 27 mins with a low shot that took a slight deflection to find its way past the North Shields goalkeeper.

The lead was cancelled out in the 38th minute when Wilson fired in from a tight angle past Newbrook in the Shildon goal.

North Shields had several chances to go into the lead but Newbrook pulled off a string of good saves to keep the game level.

The final goal of the game arrived with only 3 minutes left on the clock when North Shields full back went down the right to fire low past the Shildon keeper.