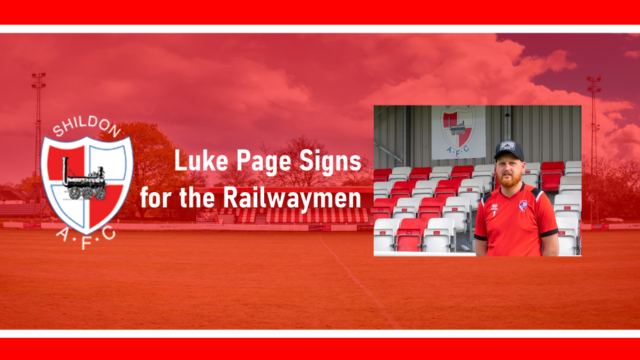 Luke Page signs for the Railwaymen

Shildon AFC is delighted to announce the signing of Luke Page.  Luke started his football career at Easington and was there for 2 years playing in the Wearside League ultimately gaining promotion to the Northern League and winning the Shipowners Charity Cup.  He then moved to Sunderland RCA for 2 years where the club finished fourth in both seasons, the highest the club had ever finished.  A move followed to Dunston UTS FC where winning the Cleator Cup was a notable sucess.  The following season saw a return to Easington where unfortunately a leg break curtailed his season. 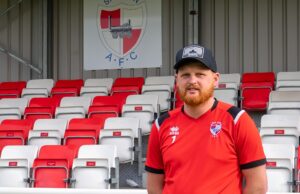 Jamie Tunstall, Shildon AFC Manager said “When Luke’s name was first mentioned to me I got excited straight away and is somebody who I thought could be a big asset for Shildon. He has played at this level at Dunston which is a big plus as he knows the league. He had a nasty injury last year but when I met him, I could see his determination to show he still had what it takes at this level. If we can get Luke back to his best which I’m sure we will and he’ll be given every chance, we’ve got a top top player on our hands”.