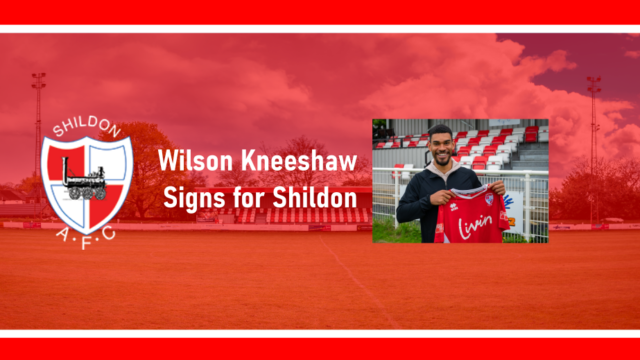 Shildon AFC are delighted to announce the signing of Wilson Kneeshaw. 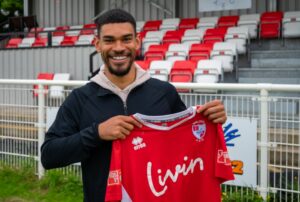 Wilson began his career in Middlesbrough’s youth system before playing for ACS Poli Timișoara in Liga I, (the Romanian top division).  He then appeared for Darlington 1883 and Blyth Spartans in non-league football and for United Soccer League team Sacramento Republic.

He joined National League North club Darlington in February 2019 on a short-term deal, and made 11 appearances before a ruptured achilles tendon brought an end to his season.

During the 2021–22 season, Kneeshaw featured for Northern Football Alliance side Newcastle Independent (scoring 23 goals in 24 games) as they won the Division One league title.

Shildon AFC Manager, Jamie Tunstall said: “Both Deano (Browne) and I, have followed Wilson’s career for a long time as he’s someone from Darlington. He’s always played at a really high standard and a nasty injury took the love of football away from him a bit.  I think he’s really treasured his last couple of years playing with his friends and that’s got his hunger back so I think we picked up the phone at the right time for him.  We’ve got lucky that he feels ready to step back up and now wants a challenge again.  He’s super quick, an incredible dribbler in possession and will definitely get the supporters excited.  I’m absolutely delighted we’ve brought him to the football club”.