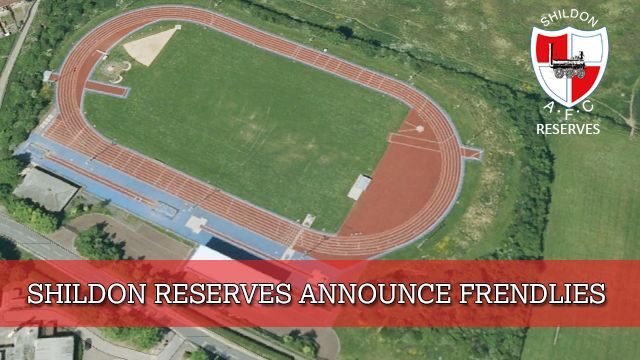 For the first time, Shildon Football Club will have a reserve side this season, playing in the Durham Alliance League and based at Sunnydale Leisure Centre.

The reserves will be joined in the league by reserve sides from Spennymoor Town and Bishop Auckland along with a minimum of 14 other sides. Playing last season as Durham Stonebridge, the side finished fourth in the league.

The side has announced a series of pre-season friendlies which will give Shildon fans the opportunity to go along and see the latest additions to the growing number of teams representing the club and the town this season.

The friendlies will be played at Sunnydale Leisure Centre with dates and kick off times as follows:

Entry to all reserves games – friendlies and league matches – is free.

Shildon Reserves’ league campaign will kick off on Saturday 9th August. Fixtures are not yet available. You can also follow the Reserves on twitter at their account @ShildonReserves where they will be tweeting all their news and live matchday scores.