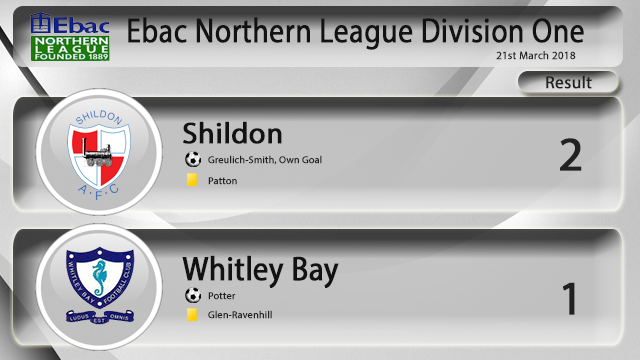 Shildon remain 6th in the Ebac Northern League Division One after a 2-1 victory against Whitley Bay.

Billy Greulich-Smith opened the scoring when he deflected an Adam Gell shot past the Whitley Bay Keeper. Thomas Potter equalised for Whitley Bay in the second half only for Rhys Groves to chip his own keeper to give Shildon the win.