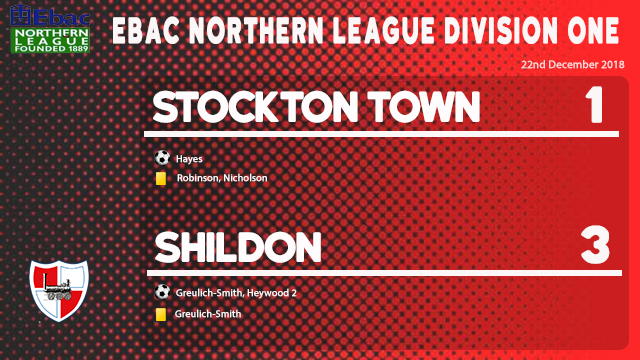 Billy Greulich-Smith scored with a header in the final minute of the first half to give Shildon a half time lead.

Aidan Heywood then doubled the lead 3 minutes after the restart with a low shot to the goalkeepers right. Heywood then scored the goal of the game half way through the second half with a shot from outside the box that flew into the top corner.

With 15 mins left Kevin Hayes scored to reduce the deficit with another shot from outside the box but that was how the game ended with 3-1 victory to Shildon.