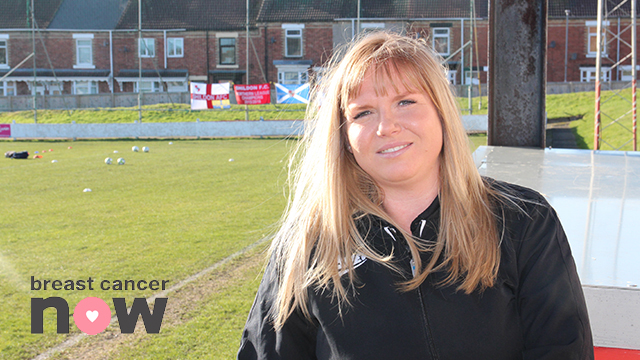 Community football club physio jumps at the chance to fundraise

SHILDON AFC’s physiotherapist Nikki Brown has pledged to take part in a tandem skydive all in the name of charity.

The jump will be in aid of Breast Cancer Now who fund research that is entirely focused on breast cancer and put their supporters at the heart of everything they do.

Miss Brown said :“they say cancer touches lives; well it certainly touched mine.  I have lost my great nan and aunty to cancer and one of my best friends is currently fighting the disease.  When I had the opportunity to fundraise for Breast Cancer Now, I literally jumped at the chance”

Originally from Washington, now Hetton le Hole, Miss Brown joined Shildon AFC as their physiotherapist in December 2017.  Miss Brown said “ I love being part of the club and they give so much back to others, I hope I can too”

The community club management, players, members and volunteers work hard to fundraise for many charities both locally and nationally contributing over £6,000 in last year, with more on the horizon.

A target of £450 is hoped to be raised from the skydive. All donations will be greatly received and can be made at