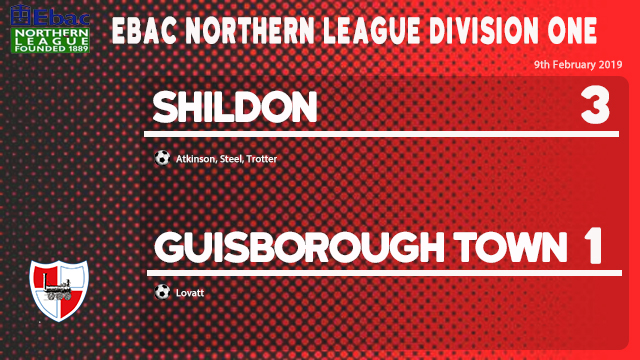 Three goals in the first half sealed the points for Shildon in a windy game at Dean Street.

Zak Atkinson opened the scoring with a neat turn and finish half way through the first half. Nathan Steel added a second slotting past the Guisborough keeper 10 minutes later. Then on the stroke of half time Ben Trotter made it three with a tap in.

Matthew Lovatt scored for Guisborough in the 90th minute