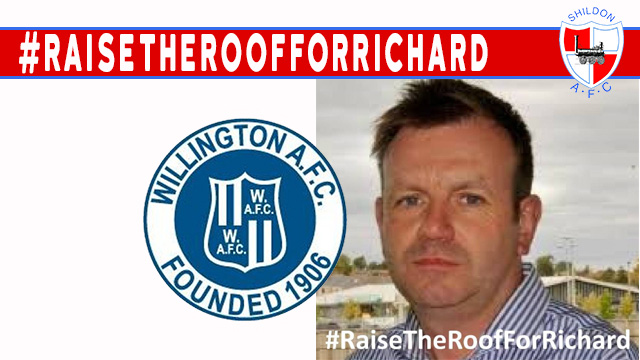 Shildon AFC will be holding a bucket collection before our Ebac Northern Game against Consett for Willington Chairman Richard Tremewan. All the funds raised will go to a charity of Richard’s choice.

Willington are also asking for fans from throughout the Northern League to attend their home game on Friday against Esh Winning in their own team colours. Again all gate receipts and any money collected will be given to Charity.

Richard has helped Shildon on numerous occasions from replacing windows after an attempted break in, to even changing into linesman gear to run the line to enable us to finish a game after the referee was injured.