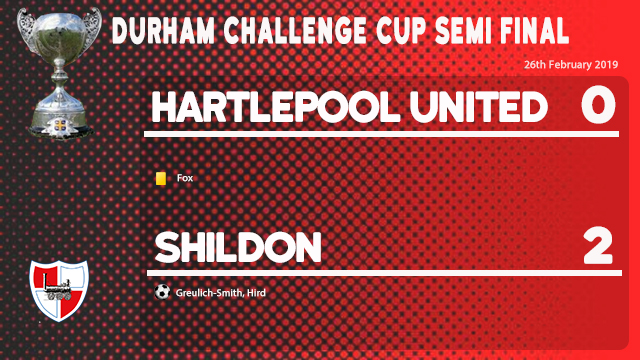 Shildon will play South Shields in the final of the Durham Challenge Cup.

Billy Greulich-Smith gave Shildon the lead after 19 minutes heading in a corner from Matty Robson. Nathan Steel & Brad Hird both had chances to extend the lead but they were saved by the Hartlepool keeper.

Hartlepool put Shildon under pressure in the second half but it was Brad Hird who finished well to give Shildon the 2-0 victory.

South Shields beat Dunston 3-1 in the other semi-final.