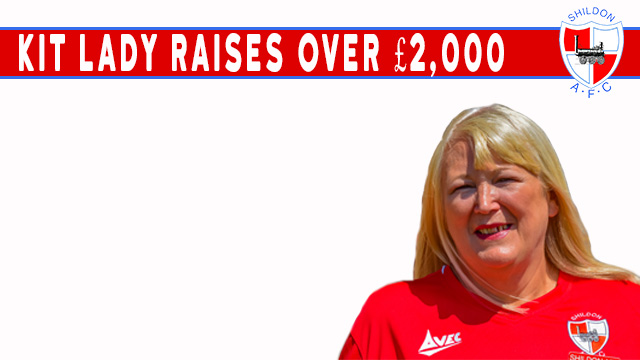 Shildon fundraiser a winner with locals

SHILDON AFC’s kit lady raises over £2,000, in memory of her late partner, for great causes, including the club where he was a director.

The event which took place on Saturday 9 February at Elm Road Club, Shildon proved to be a massive hit with more than 120 of the local community enjoying 1960’s and 70’s music, from the ‘Travillin Band’.

Mrs Charlton is planning to hand over the money to the groups at Shildon AFC’s presentation night on 4 May.

She said: “I just loved doing the fundraising and everyone has supported us. It makes me so proud to be part of this community.  We had 118 raffles, 31 auction and 210 tombola prizes donated which was just brilliant”

Diane Dent, treasurer of Shildon AFC, said: “On behalf of the football club I’d like to thank Sue, she’s an absolute star. John was a big part of the club. I think that what Sue is doing is absolutely fantastic and it’s keeping him alive in the football club.”