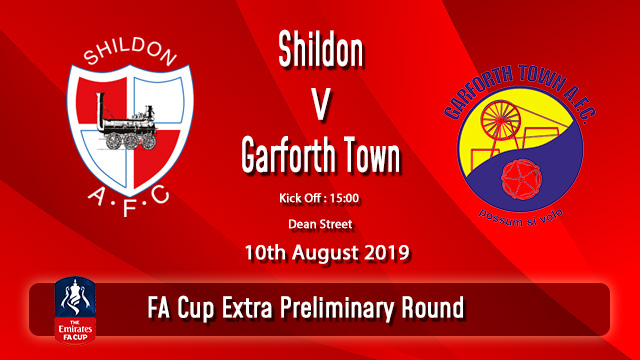 Shildon boss Daniel Moore says he expects more attacking football to come as his side welcomes Garforth Town to Dean Street in an extra FA cup preliminary round meeting this Saturday.

Speaking after Tuesday night’s convincing 5-1 victory over Ryhope CW, Moore outlined his vision for Shildon and preferred style of play.

“I want my teams to go out and attack, that’s what I loved doing as a player, so we’ve got good players in the forward areas of the pitch to make an impact”.

All this is music to fans ears as 13 goals in just 2 games has spread optimism like wildfire throughout the town with impressive attendances reflecting the quality on the pitch.

Manager Moore also highlighted the quality in depth the Railway Men possess praising the impact made from the bench on Tuesday evening.

“I was very pleased with the reaction from our players. I’ve just said to them Work rate and effort was great. Players who came off the bench as well changed the game in different ways”.

While early in the season, the manager has already thrown the gauntlet down to his men to make Dean Street a fortress for any visiting side.

“They’re coming to us and I’ve said to the lads in there, we’ve got to make this place the same as it has been the last 2 games. A hard place to come”.